Yes, it's true -- after only having joined the blog-world in early May, today marks my 100th post. And as of today (one day short of a month of having my visitor counter up), I have reached 2000 hits!! Thanks to all who take the time to read and comment on my blog. I hope you are enjoying reading it as much as I am enjoying creating it!!

Anyway, awhile back I posted seven random things about myself and at the end of the post I threatened to one day post something entitled "100 random things." Well, unlike Ruth who joked about writing 482 things about herself, I have been waiting for this landmark to arrive so I could actually go through with my threat!!

So sit back, relax, and scroll through...and I'm quite sure that no matter how well you think you know me, everybody will learn at least one new thing about me!!


1. I was born in Calgary at a hospital called "The Holy Cross."
2. I learned to walk when I was only 9 months old.
3. I remember my first kiss -- it was a kiss on my cheek when I was in kindergarten from a boy named Mark. Ooh...he was SO cute!!
4. I used to love Halls so much, when I was in elementary school and one of my friends had a pack of Halls (you know, 'cause they were actually sick), I'd tell them that if they didn't give me one I wouldn't be their friend anymore...I know, terrible, hey? If it's any consolation, I found that sucking on one when I didn't actually have a sort throat actually caused a sore throat. Serves me right.
5. I still remember the ONE line I had in my grade 6 Christmas play. I was a waitress and I said "I just told one man that if he didn't like our Hungarian Ghoulash he could just hike over to Hungary and get it himself!" (it got quite a laugh from the audience...okay, I guess you had to be there!)


6. I taught myself how to read -- before I went to kindergarten. I even skipped grade 1 because of this and apparantly I even helped my older sisters with the "hard words" when they brought books home from school (I love telling that part!)
7. My first elementary school boyfriend's name was Josh (I was in grade 6) -- he broke up with me while I was away from school one day playing at a piano festival. How tragic.
8. I always wanted a little sister.
9. I shared a room with my little brother until I started grade 7.
10. My brother and I do a great "Dumb & Dumber" re-enactment.

21. I once had the hood of my car stolen right off of it!!!
22. I used to be a sprinter; I would often win 2nd or 3rd place in junior high and high school track & field meets.
23. I got disqualified from one of my 200 meter sprints -- apparantly I took a slight "short cut" around the poles. Which really sucks 'cause I would've still finished in 2nd place even if I hadn't.
24. I used to be paranoid to go down the waterslides at Fun Mountain. I used to think, "What if someone goes down ahead of me and sticks a sharp knife or something and I slide down and get cut open?" I know, who even thinks that? (okay, and sometimes I still think about it)
25. I hate roller coasters.

36. I saw the movie "Titanic" 10 times -- and cried every time!
37. I used to love watching baseball on TV. I would even say no to going out with friends when I was in high school so I could sit at home and watch the Blue Jays (you know, back when they were in their prime with Olerud, Alomar, Carter, Winfield, Borders, etc.)
38. I have been to Mexico twice.
39. I went to the Grey Cup in Edmonton in 2002.
40. When I was in grade 2 I wanted to be a school bus driver when I grew up.

41. I hate thunderstorms.
42. I hate camping (especially in a tent).
43. I am NOT a morning person, although I have improved since having kids.
44. When I was in elementary school and Jr. High my best friend in the whole wide world was a girl named Terrilee.
45. Terrilee and I were both "in love" with the same boy for several years...ah, gotta love those love triangles!

46. I have been with the same company now for 7 years.
47. I used to work at Suzy Shier and was pretty good at selling clothes.
48. I used to work at Chicken Chef and I absolutely HATED being a waitress.
49. I used to be a receptionist and I could always tell when it was a full moon just by talking to people (man, people get w-e-i-r-d when it's a full moon!).
50. I absolutely detest doing laundry...which reminds me, I need to switch a load right now!

51. My favorite restaurant is Boston Pizza.
52. I've gotten food poisoning from Applebee's...TWICE!
53. I always order my Teen Burgers from A&W with only bacon, cheese, lettuce and tomato.
54. I hate onions, yet I love A&W onion rings!
55. I hate heat. Temperatures between 18 and 22 degrees are perfect for me!

56. I have been a bridesmaid 4 times and a candlelighter once.
57. I always wanted to be a flowergirl...some dreams don't come true.
58. I hate war movies.
59. I love playing board games and card games.
60. I make delicious banana-chocolate-chip muffins.

66. I love watching CFL football
67. I went to Steinbach Bible College for 2 years after I finished high school.
68. I thought I was going to meet the man I was going to marry there...I did, but it wasn't who I thought it would be!!
69. I had the wonderful fortune of having 8 grandparents at one point in my life.
70. I was even more fortunate to have had them around long enough that I have memories of them all.

71. I get very queasy when I see blood and deep gashes, etc.
72. I am scared of most bugs, but especially moths and grasshoppers.
73. I love the smell of sitting around a campfire, but I hate the smell in my clothes afterwards.
74. I get car sick very easily unless I am in the driver's seat.
75. My kitchen counter is never clutter-free.

76. I hate clutter.
77. I love nachos & pepsi.
78. When I lived at home and we were finished wrapping Christmas presents, my Dad and I used to run around the house whacking each other with the cardboard rolls that had been stripped of their colorful paper.
79. The summer after I graduated from SBC, I was invited to 15 weddings (all between May and September). Needless to say, I didn't go to all of them!!
80. I am very ticklish, but I hate being tickled.

81. I once made my little cousin Carly laugh so hard that she peed her pants...oops!
82. When I was in junior high, my favorite author was Lurlene McDaniel.
82. Now my favorite author is Karen Kingsbury.
83. I went through a country music stage when I was in high school -- I have since seen the light!
84. Leonardo DiCaprio was my favorite actor when he was on "Growing Pains."
85. I have had three dogs in my life -- Trixie, Bandit and Oliver.

86. Daisies are my favorite flower.
87. I don't know how to dive.
88. Christmas is my favorite holiday.
89. I have never driven standard.
90. I failed my driver's test the first time. I parallel parked perfectly, but when I pulled OUT, I knocked over a pole. Stupid!!

96. I talk to myself when I am stressed or upset.
97. I haven't been to the dentist in 3 years (and before that it had been 5).
98. When I was in high school, Old Dutch had these amazing chips, Mexican Chili -- they were my absolute FAVORITE and I was very distraught when they stopped making them.
99. I had my tonsils taken out when I was in grade 5. While I was in the hospital right before my operation, a very friendly nurse came in to try and cheer me up and she gave me a finger puppet that I still have to this day. Joelle plays with it now.

100. I have crocheted 16 baby blankets and 3 adult-sized blankets.


So...?? Did you learn something new about me?
from the voice of Andrea

I loved that post! In fact, I may do it when I reach 100 posts! (I've been blogging since January, I guess I don't post as often as you!) And I LOVE reading your blog, I'm glad you enjoy creating it!

Congrats on the 100th post!! Did it take a while?!? I was even amazed that I knew some of it already! But I did learn quite a few new things about you too. I also enjoy reading your blog Andrea, thank you for sharing!

Happy 100th post! It took me weeks to come up 101 goals and I was wondering if you would get your post up last night already!

Looking forward to the next 100 posts!

Very intersting, I did learn some new things about you!

That was really interesting Andrea. I learned a few new things about you!

I learned lots about you! Isn't it tough coming up with 100 things? I did one of these too and it took quite a while. So, now to comment on a few points:
#29 - I love Friends too. My sister has the trivia game which I love to play.
#60 - Yes you do! I look forward to getting the recipe.
#77 - Me too! We have nachos every Sunday for supper. I love them with chicken and green peppers and green onions and tons of cheese.

great great great post!! that is always so tough to come up with facts about yourself but you did it so wonderful. Now i can say i know about you ;) 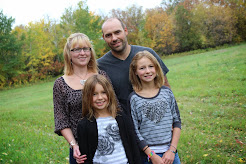 Smiley Of The Day

Currently I have... Guests

you can also find me here 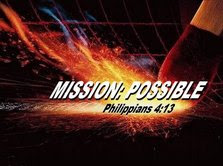 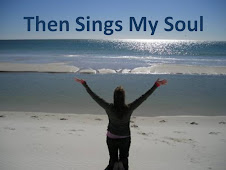